(If you don't want to read this whole thing, skip to the end of the post for a tl;dr version)

I was lucky enough to get a Labists X1 3D printer for Christmas a few weeks ago, and it's the first 3D printer I've had or really even interacted with.

It's been a fascinating journey so far, learning about how to calibrate a printer, how to use slicers, and how to start making my own models.

Something that became obvious fairly quickly though, was that the printer would be more reliable with a heated bed. I've been able to get reliable prints via the use of rafts, but that adds time to prints and wastes filament, so I decided to see if I could mod the printer to have a heated bed.

I started Googling and quickly discovered that my printer is actually a rebadged EasyThreed X1 and that EasyThreed sell a hotbed accessory for the X1, but it's an externally powered/controlled device. That's fine in theory, but I have quickly gotten very attached to being able to completely remotely control the printer via Octoprint. So, the obvious next step was to try and mod the printer to be able to drive the heater directly.

Looking inside the controller box showed a pretty capable circuit board: 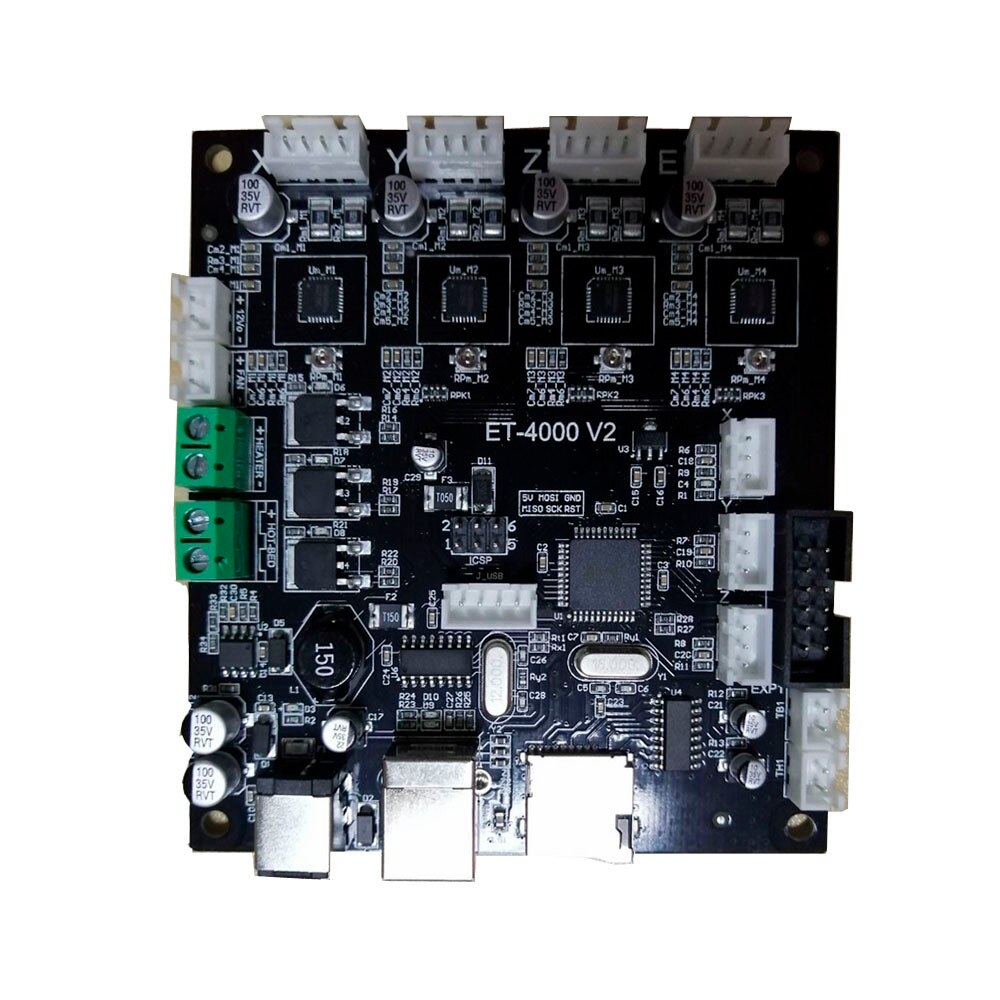 but it was instantly obvious that next to the power terminal for the extruder heater, was a terminal labelled HOT-BED: 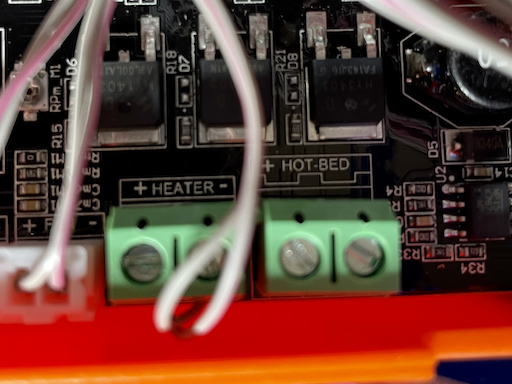 Next on my journey of discovery was the communication info that Octoprint was sending/receiving, among which I saw:

which quickly led me to the Marlin open source project which, crucially, is licensed as GPL. For those who don't know, GPL means that since Labists have given me a binary of Marlin in the printer, they have to give me the source code if I ask for it.

I reached out to Labists and they were happy to supply the source, then I also emailed EasyThreed to ask if I could have their source for the X1 as well (and while I was at it, their X3 printer, which looks a lot like the X1, but ships with a heated bed already as part of the product). They sent me the source with no real issues, so I grabbed the main Marlin repo, checked out the tag for 1.1.0-RC3 and started making branches for the various Labists/EasyThreed source trees I'd acquired. Since their changes were a bit gratuitous in places (random whitespace changes, DOS line endings, tabs, etc) I cleaned them up quite a bit to try and isolate the diffs to code/comment changes.

Since it's all GPL, I've republished their code with my cleanups:

The specific diffs aren't particularly important (although the Labists firmware does have some curious changes, like disabling thermal runaway protection), but by reading up a bit on configuring Marlin, and comparing the differences between the X3 and the X1, it seemed like very little would need to change to enable the bed heater and its temperature sensor (a header for which is also conveniently present on the controller board).

At this point in the investigation I had:

Not a bad situation to be in!

Diving into the firmware, I found that Marlin keeps most board-specific settings in Configuration.h and specifically, it contains #define TEMP_SENSOR_BED 0. The number that TEMP_SENSOR_BED is defined as, indicates to Marlin what type of temp sensor is attached (with 0 obviously meaning nothing is attached). The X3 has a value of 1 (a 100k thermistor), but I found that I could only get reliable readings with it set to 4 (a 10k thermistor).

Believe it or not, that's actually the only thing that has to change, but I did also change #define BED_MAXTEMP 150 because 150C seems kind of high. This define sets a temperature at which Marlin will shut itself down as a safety measure. As far as I can tell, 50C-70C is a more realistic range for PLA, and even with ABS it seems as though 110C is recommended. I haven't printed ABS yet and don't have any real plans to, so I reduced the safety limit to 100C. I also modified the build version strings in Default_Version.h so I'd be able to quickly tell in Octoprint if I had successfully uploaded a new firmware.

Next came the challenge of building the firmware. I grabbed the latest Arduino IDE, but it failed to compile Marlin correctly (perhaps because I was using the macOS version of Ardino IDE). Labists helpfully included a Windows build of Arduino IDE 1.0.5 with their firmware source, which was able to build it. Arduino IDE is also GPL, but I haven't republished that yet because I haven't audited the archive for other things that I don't have rights to distribute.

To get the firmware to upload correctly to the X1, I had to set the board type in Arduino IDE to Melzi and select the COM port for its USB interface, except its USB interface wasn't showing up and Windows' Device Manager couldn't find a driver for it. Some Googling for the USB VID/PID of that device led me to the manufacturer of the CH340 chipset and their drivers.

Finally the moment of truth - was I about to destroy a controller board with a bad firmware/driver? I clicked the Upload button, waited for it to complete, attached the controller to my Octoprint machine again and.......

Success! I then waited for Octoprint to start communicating with the printer and monitoring temperatures...

For those of you who aren't familiar with Octoprint/GCode, the T:24.2 is the temp sensor in the extruder and the B23.6 is the reading from the bed sensor! Another success!

After replacing the X1's 30W power supply with a 60W variant so it could power the motors and the heater, I asked it to heat up to 50C, and after a little while....

And here is the first test print I did, to make sure everything else was still working: 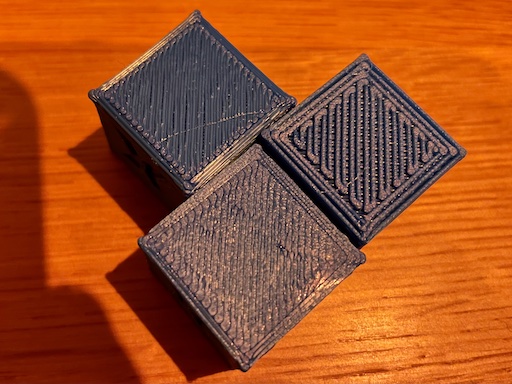 The cubes on the left are from before the heated bed, where I was having to level the bed closer to the nozzle to get enough adhesion and the cube on the right is the first print with the heated bed. I think the results speak for themselves - much better detail retention. It's not visible, but the "elephant's foot" is gone too!

This has been a super rewarding journey, and I'm incredibly grateful to all the people in the 3D printing community upon whose shoulders I am standing. It's a rare and beautiful thing to find a varied community of products, projects and people, all working on the same goals and producing such high quality hardware and software along the way.

And now the tl;dr version